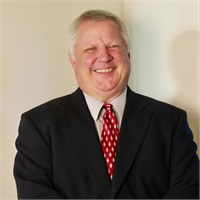 Lorin Pezent is a veteran financial professional and has been in the business since 1989. He was born and raised in Jackson, Alabama where he studied Economics at Patrick Henry State Junior College and Auburn University. In 1992, Lorin moved to Adel, Georgia where he continued providing insurance and financial services. In 2000 he became fully securities licensed and then broadened his business experience by moving into the mortgage business in 2002. He returned his focus to the investment business in 2008 when he joined Retirement Consultants Network. Lorin now devotes his full attention to Retirement Consultants Network's brokerage accounts where he researches and allocates investments.

After moving to Adel, Lorin met his now wife Angela. Together they have three sons. Lorin is very active with the Cook Recreation Department where he has coached baseball and soccer for many years. Lorin is also very active with his church, Evergreen Baptist Church. He enjoys playing music and spending time with his family.